This is the fourth article (part I, II, III) in a 6 part series on Saving Water. Living in Sydney, Australia I’m acutely aware of the value of this precious resource. 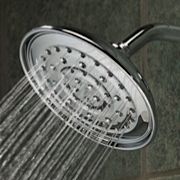 No matter where you live, there are a number of ways you can save water in the house you already have. There are many excellent environmental reasons for doing this, but you’ll also benefit from something much more tangible – you’ll save money.

When it comes to saving water around the home, there are three basic approaches :

Lets take a look at each of these.

Reduce the amount of water you use

This one is perhaps the most obvious – simply use less. However, as the idea is to use less water without reducing your standard of living, it takes a little thought. After all, water is very much a part of our lives now.

Reduce the amount used for bathing : Whenever possible, opt for a shower rather than a bath (of course an occasional long, hot bath is great – but think of it as a rare treat, not a daily necessity). Try to keep the showers down to a reasonable time – 4 or 5 minutes.

NB : Some low-flow shower heads are also well worth considering. As they vary quite a bit, try out a few whenever you get the chance (when you’re staying in a hotel, at the airport, at a friend’s house). The good ones are virtually indistinguishable from standard shower heads, but use much less water. It’s worth the effort.

Shower with one of your children, or bathe two of them together : Naturally this will depend on several things, but if the option is there; take it. You’ll use much less water.

Reduce the amount used for washing clothes : If you’re in the market for a new washing machine, consider the most water-efficient model available. Although it will most likely cost a little more to begin with, you’ll be saving money for many years to come.

NB : Front-loading machines are generally more water and power efficient than their top-loading cousins (although there are exceptions).

Reduce the amount used for washing clothes, using your existing machine : Not ready for a new machine? There are still things you can do. Try these : 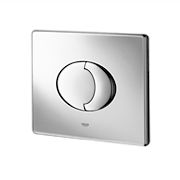 Reduce the amount used for flushing the toilet : Once again, if you’re in the market for a new loo; you have a range of options available. Low-flush, dual-flush, composting and so on. Your choice really comes down to price, availability, and the one you most like the look of. It’s a personal thing.

That said, if you’re about to go bathroom shopping; begin by looking at the dual-flush options. Good water savings, and a massive variety of styles.

Reduce the amount of water used for flushing the existing toilet : Perhaps you’re renting, or there’s simply nothing wrong with the toilet you already have. There are still a couple of things you can do.

A dripping tap or toilet is not only incredibly annoying to listen to; it can waste around 200 litres per day. That adds up in a hurry.

Fortunately they’re often quite easy to fix. If you’re DIY-inclined, take a look at the following video which demonstrates the process of fixing a leaky tap.

NB : If the problem is simply that the faucet is never turned off properly, just take a look at some of the newer handles on offer. There’s no need to replace the whole thing.

There are many, many ways in which to do this. If you’re keen to set up your own greywater system, great. You’ll love next week’s article.

Even without going that far, however, there are still things you can do. And these really do make a difference. 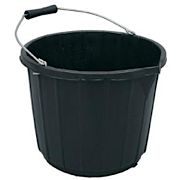 Collect the cold shower water : I’m sure you know the drill. When it’s time to take a shower, you turn it on and wait for it to warm up. In the meantime, a considerable amount of perfectly good cold water goes down the drain.

Simply grab a bucket and collect the water before it warms up. After your shower, just pour the cold stuff on the garden.

NB : Enjoying a bath? Keep the bucket handy, and when the water cools down; again pour it on the garden.

Many dehumidifiers afford the same possibility.

Other ways to save water around the house

Although there are several ideas above, there are actually a number of other ways to save water in your home. A few things to consider :

Final thought on saving water around the house

These changes really do work. As an example, a report released recently noted that Sydneysiders now use less water than in 1974 – despite the population growth. That’s a massive reduction.

This is the fourth article in this series on Saving Water. If you missed the previous pieces, you can grab them here :